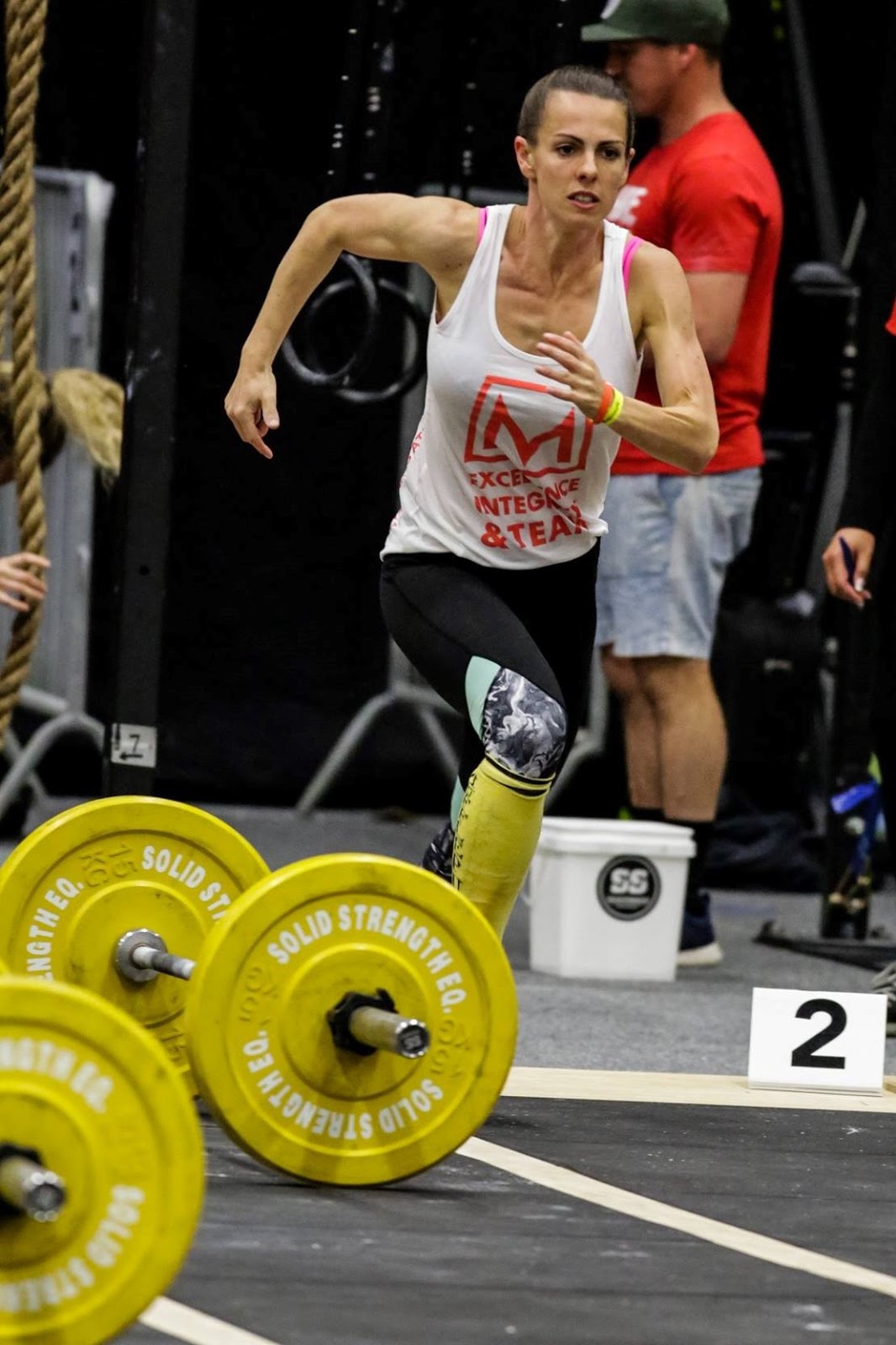 I don’t like running very much.  Knowing a 1.5-3km run is coming up in a workout is enough to make me contemplate if I’ll be going at all.  We had a 1500m run monthly challenge earlier in the year which we kept retesting, and the pressure I put on myself to do better had me turn up, sit around the side of the building, cry then go home again.  Granted I’m sure there was more going on at the time, and I did suck it up and go back to a later class that day.
If I ever voice my dislike of running I generally feel pretty judged. People seem to think just because I suck it up and do it I must be ok.  I can run reasonably fast, it’s because I want it over and done with asap.

I’m not a long distance runner.  I can run for the length of a song and then need to walk.  Running without any music in a Crossfit class is torture.  A friend and I used to “train'”(walk/run/coffee) for the 4km Mothers day Classic run around the Tan in Melbourne, I’d make myself run until the end of the song then walk for the quick break between songs.  Bond, the string quartet was perfect to run to.  Every song had pretty much the same formula, a quieter intro to a big boom of high energy music. It was the perfect amount of time to run and recover.  I teach Zumba, it’s the same thing, bust my butt for 3-4 minutes then a song change.
I know the only way to get better at anything is to just do it.  To be honest, until recently the only time I run is when I’m MADE to at the Box, with all the fitness classes I do there just isn’t enough hours in the week to do it on my own.  It’s been a slow process, I’m slowly tricking myself into doing more.  It started with a run out to the 200m mark before class as a warm-up, then it was the 400m mark. I told myself I’d up the distance each month and it’s nearly time to do the next marker, 750m.
I think my dependency on music is for a number of reasons, it helps me pace, music lifts my spirit and it hides the sound of my gasping lungs exploding.
To get through my lack of music issue I usually have a ‘song’ in my head.  Sometimes it’s an actual repetitive tune, sometimes I chant over and over the great things running will do for me to convince myself it’s worth it.  My default ‘song’ has now become a 4 step chant of feet-up-pelvis-forward thanks to one of the coaches James who is a triathlete and likes to focus on running technique.
I’ll touch back in a month to let you know how the 750m running goes.  It may not sound like a lot to some of you, but for me it is.  The plan is I’ll be back to tell you it now feels like nothing.

EDIT:
I just wanted you to know that I ran a whole 3km the other day, even after having the flu, and I didn’t stop once.  For the first time ever, in my whole entire life.

How to have better posture: looking better is just the start