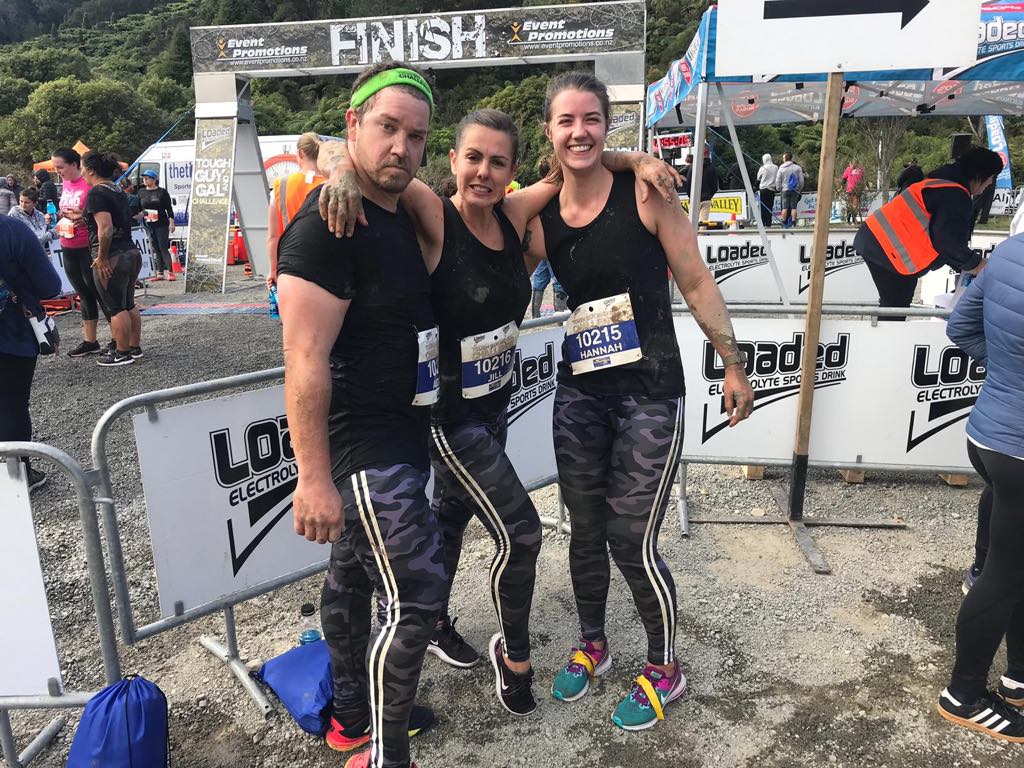 Recently I did my first ever Mud Run and I want to talk to you about why I think you should try one too.  You know one of those Tough Mudder, or in this case, Tough Guy and Gal challenge where people are crawling through mud and hoiking themselves over obstacles.  You might think I’m crazy suggesting you try, but hear me out.

Despite it being my first ever Mud Run,  crazily enough I did the 12km.  You couldn’t get me to run 12km any day.  But it was my husband who suggested we do the 12km over 6km and peer pressure won.  But I’m actually glad it did.

Deeming ourselves ‘Team Shuffle’ we signed up with another friend and hopped in the car to drive out to the venue.  As we were driving the topic of competition came up.  My son was in the car at the time and he piped up with “it’s not whether you win or lose, it’s about having fun”.  To which Han, the third member or Team Shuffle said, “but do you know what’s fun?  Winning”.

Let me give you a bit of a picture of our team.  Hubby (Aidan) and I know Hannah from Crossfit.  She’s actually a coach there and I’ve recently taken 5 months off Crossfit to train to teach Strong by Zumba (and also I just needed a break).  Aidan and Han have been working really bloody hard over those 5 months. I was a tad worried about how I’d hold up.  Mind you, I’ve been training hard too, just in a different capacity.

Everyone who’d done it before took tape to wrap around the arches of their shoes to stop losing them in the mud.  Luckily for us someone sat down next to us to do it and explained why she was doing it and lent us the tape.  Though I might have needed more because the tape ended up ripping off somewhere along the way.Despi

So I was already a tiny bit worried about actually being able to hold my own in my hard working team.  But looking around there were people from all walks of life.  Wearing all sorts of costumes and obviously there for a fun time.  Then I started to notice all the coloured race bibs around us.  We had blue bibs and 90% or more of the others had orange bibs.  Which we worked out meant there were very few people doing the 12km.   Ok, at this point I thought, this could be bad.  All the fit serious looking people doing the 12km are going to leave us for dead and we’ll be the only ones left on the course.  It was a 6km course that us 12k-ers did twice.

They called us up, did the debrief then the serious 12km people took off (the ones who were serious about their time).  Then the rest of the 12km crew followed by the 6km lot.  It turns out there were some pretty serious 6km people too.  We strategized to pace ourselves so we would make it to the end.  But we were overtaken by orange bibbed people in the first couple of hundred meters.

It was Seriously Fun

At the end of the day the course was a whole heap of fun.  It was everything I tell my kids not to do.  We were ducking and weaving around muddy forest and jumping over and through streams.  We crawled through pipes and under barb wire, over fences and under (mildly) electrified  wires.  I think I was pretty much laughing and smiling the whole time.

It might look slippery to go through the streams and big mud puddles but the ground is actually more solid because everyone else isn’t running there. (Something we’d adapted to by lap 2, and also by then we were soaked and muddy so we didn’t care. 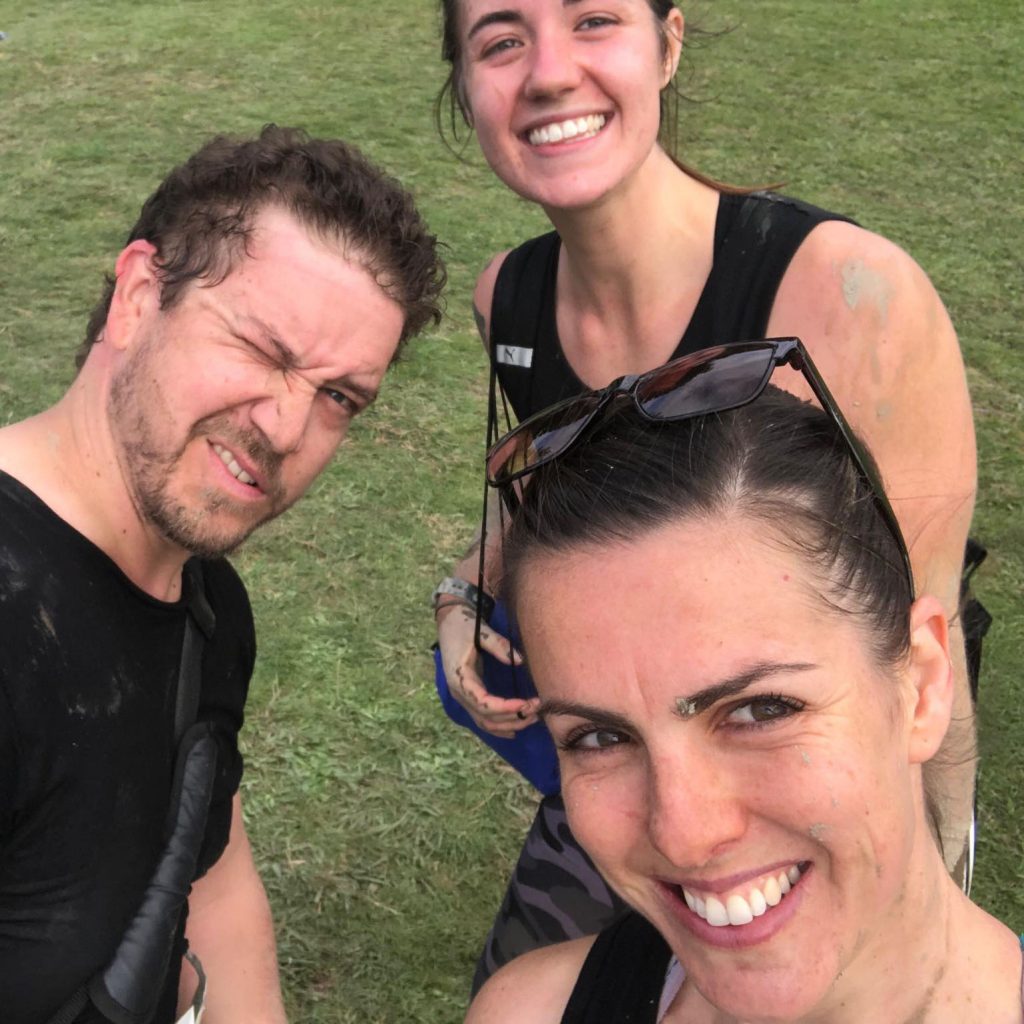 I spent so much time slipping and sliding it was like a slapstick comedy routine.  I chose my shoes because they were my sneakers closest to dying and I’d been told to wear clothes and shoes you’re not worried about wrecking.  But they were also shoes I teach Zumba in on a gym mat because they weren’t too grippy on the bottom.  Rookie Mistake.

The serious people who’d done it before were wearing football/rugby boots with studs for grip.

There were some particularly challenging sections.  A lot of people really struggles on the hill climb.  It was very uphill and had 3 sections where there were ropes to help pull yourself up they were so steep.  Then there was the run down…  I spent so much time worrying about bowling other people over as I sped uncontrolled down hills and down muddy slopes.

The section I actually found the hardest was the ‘swamp crossing’.  It was a very muddy pit which you had to slide into on your butt then wade through waist high mud.  This was where people lost shoes.  It was so thick I felt a gentle stretch in my hips at one point as it felt like the mud was pulling my leg in the other direction.  Interestingly it was much shallower and easier on the second lap.  I guess 1000 people had worn a heap of it out of the pit lowering the depth.

You’ll be pleased to know that we weren’t lonely losers left on the track alone either.  In fact, as we were doing our second lap it was much faster and easier because there weren’t as many people.  But there were also a lot of the 6km crew still going.  And what was super motivating was that as we jogged through they’d yell “runners” to let the rest of their group know.  Yep, that was us, the runners ( private happy dance and high 5 to us).  We did walk for a few stretches in the second lap but our split time was only 90 seconds different between the first and second lap.

Another amazing part about the day was that we all had names on our bibs so people we didn’t even know would call out our names to support us.  “Go Jill”  “Great job Hannah” “So fast Aidan”.  Not just the random spectators we saw, or the support crew on the way, but other racers, especially on the second lap when the crowd had thinned out.

You know at the start when I said I would never run 12km.  I’m pretty sure there were people in the 6km who wouldn’t normally walk 6km.  And plenty of people walked from the start.  Being my first mud runm the scariest part was the unknown, but it was actually amazingly fun.

Unless you’re going out for the win, have fun and do it with friends. Having a team makes it fun.  Read more about the importance of having a support team.  In a team you’re only as fast as your slowest person so there are times to rest which gives you the energy to push when it’s at your hard part.  It also helps you pace yourself better and not push too hard and want to quit early.

At the end of the day, it was incredibly fun.  Not cold at all because you were already warm when you hit the water.  And as a big win, the showers were actually hot afterwards.

Click Here to get a Free Workout Plan and Workout 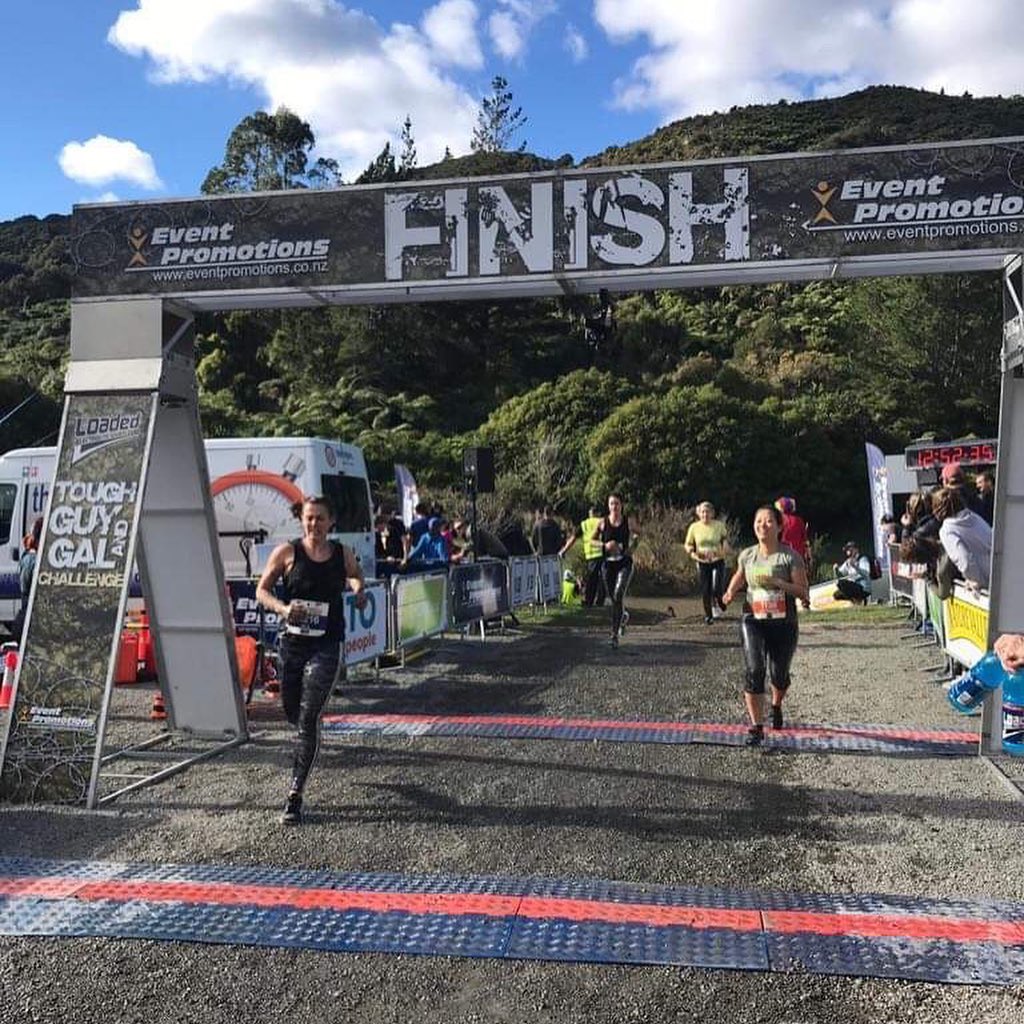 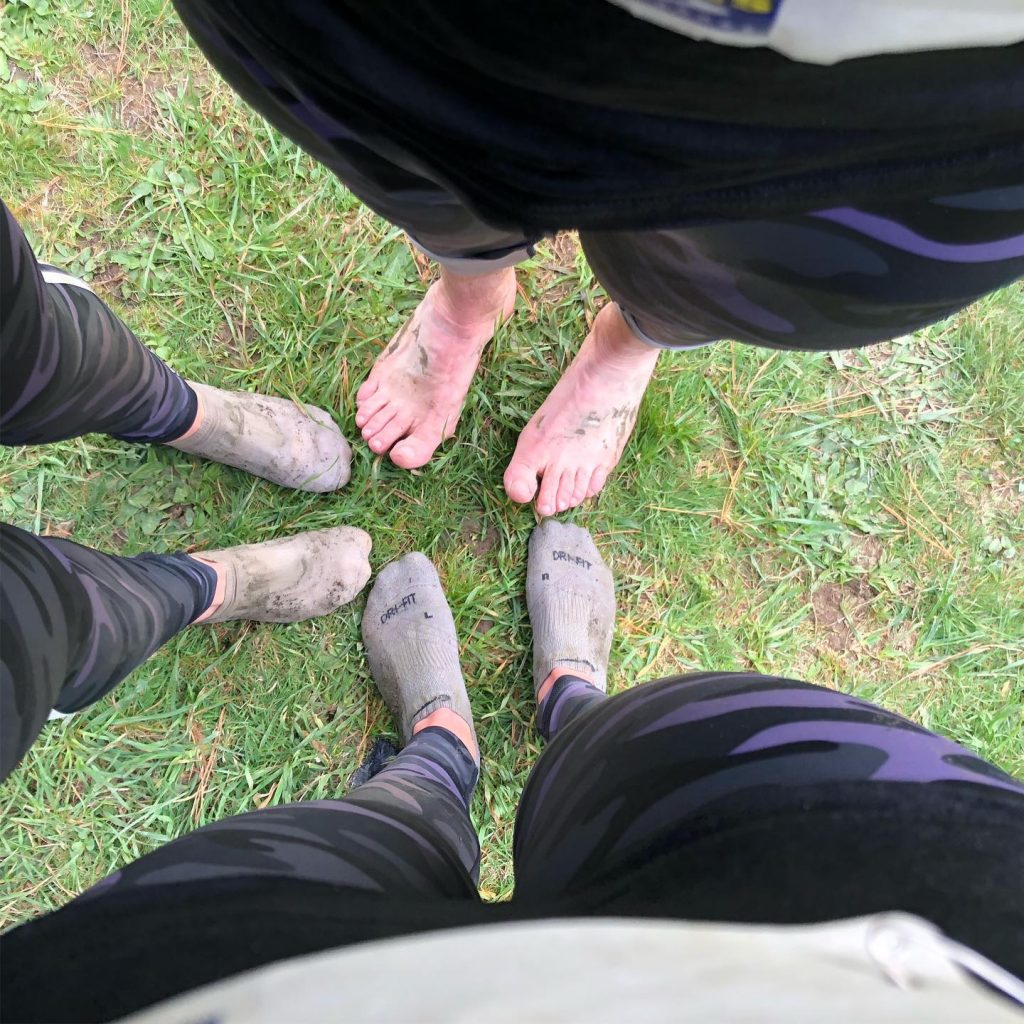 How to restart your body with changes you’ll hardly notice.

The Healthy way to Do Keto

Weight lifting and the pelvic floor